MINNEAPOLIS— Facing increasing pressure to respond to reports of dangerous airspace, FAA officials enacted a strict no-fly zone over the Gustavus campus due to the sudden blinding display of pale Minnesota flesh. The zone was created following numerous reports from pilots that the area was causing debilitating loss of vision and plane control due to the students who, en masse, suddenly revealed their sun-starved Upper Midwestern skin on Tuesday.

“The elevation of the school’s campus combined with the pervasive whiteness of the student body combines to make an area which is a death trap,” said FAA Official Mary Gonzalez. “The seventy degree weather has led to a near-instantaneous shift towards t-shirts, shorts, and sundresses, which has created an extremely perilous situation for pilots in the air.”

Delta Airlines Pilot Margaret Russell was piloting a Minneapolis-bound flight from Oklahoma City when her aircraft was struck by blinding light directly over St. Peter. “It was brighter than one thousand suns,” Russell explains. “Luckily I had the autopilot on, otherwise I don’t know what would have happened. I was seeing spots for the next ten minutes because I honestly felt like I was looking into the face of God.” Russell went on to call the area “The Bermuda Triangle of the Midwest” and told reporters she is glad to see the FAA’s restrictions go into effect. 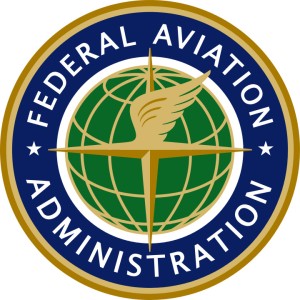 Gonzalez is still shocked at the need to enforce a no-fly zone above the campus. “They just had a week of spring break, and I would have assumed that their vacations to Mexico, the Caribbean and Florida would have been enough to give a little tan to their pasty white complexions. But no dice. They are all still like Michael Jackson circa-1994. It’s just unfathomable.”

Following the crash of a FedEx cargo flight just north of Saint Peter on Tuesday afternoon, FAA and Gustavus officials have been embroiled over the school’s responsibility in the disaster. College officials claim no involvement, but Gonzalez argues that the College was well aware of the danger. “For a school with such pride in its Swedish heritage, how can it not consider the effects of putting so many white students into such a small, concentrated, elevated area? It’s completely ludicrous. They need to own up to their mistake and realize they are essentially creating a gigantic mirror.”

Government officials have decided that more corrective action needs to be taken. Federally funded spray tan booths are currently being deployed to the campus to “just take the edge off of things.”