Timeflies Discovered to be Stage Name for Gavin DeGraw

SAINT PETER—With the date for the Campus Activity Board’s Big Concert fast approaching, insider sources revealed Thursday that headliner Timeflies is actually just a stage name for Gavin DeGraw. The news was met with anger across campus when students discovered that the $12 tickets they purchased ahead of time were in fact for a concert not by Timeflies but instead by DeGraw. Sources confirmed that the hip-hop and electronic musical duo, which is made up of Rob Resnick (producer) and Cal Shapiro (vocals), is really just Gavin DeGraw, a New York based solo pop artist.

When asked for comment, DeGraw, who was the Gustavus Big Concert performer two years ago, says “It was a huge honor to be the performer at Gustavus two years ago! I tried damn near everything I could to get invited back. Turns out I just have to pick a different name.” 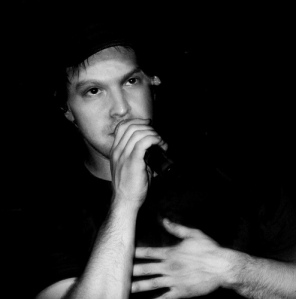 Students are characteristically pissed off due to the deception and lack of transparency about CAB’s concert decision. “I have a right to know which shitty pop artist I will hearing on May 9th,” said Senior Carly Ulmer. “How dare administration hide that from me.” Ulmer has proclaimed her anger loudly on social media, using the hashtag “#DevestDeGraw [sic]”  and “#OurBigConcert” in numerous tweets.

Other schools are also noticing that the band known as Timeflies is really just Gavin DeGraw. Students at Cornell College in Iowa were shocked to discover the truth last weekend when Timeflies was scheduled to perform on campus. Cornell Sophomore Daisy Renners complained, “I was hoping to hear ‘All The Way’ and ‘Swoon’ and some other vaguely imaginative electro shit. Then they told me it’s Gavin and all I have to look forward to is ‘Best I Ever Had’ and ‘Not Over You,’ are you kidding me? It’s bullshit.”

Campus Activity Board committee members are equally upset. “I have no idea how DeGraw was able to pull the wool over our eyes for so long,” remarked Big Concert Committee Chair Jack Ripple. “It’s damn embarrassing to say that we can’t notice the difference between one scraggly guy in a fedora and a hip-hop duo.”

Gavin DeGraw will be performing Friday, May 9th at 8pm in Lund Arena. Recent reports have indicated that Mike Stud, the opening act, is also Gavin DeGraw. DeGraw will open for himself at 7:30pm.