‘Reading In Common’ Program Selects “The Necronomicon” for 2018

Artist’s depiction of the great old one, Cthulhu, rising up from the depths of the ocean to destroy humanity. According to the Necronomicon, this is our eventual fate.

ST. PETER, MN – “The wisdom of the elder gods is just what the youth of Trump’s America need,” said visiting professor and sorcerer Robert Ward. “Praise to be Yog-Sothoth! Iä! Iä! Cthulhu fhtagn!”

‘Reading in Common’ is a program organized for the incoming freshman class of a given year. The new class is assigned a book to read and then collectively discuss. Said books tend to be socially conscientious or significant in the literary world. In keeping with both of those themes, 2018’s book of choice will be the Necronomicon, a tome of occult lore from the middle ages. It contains a plethora of spells, hexes, and eldritch knowledge that human beings were not meant to know. The book’s central thesis is that humanity is insignificant in the face of the elder gods, a pantheon of horrible alien beings that rule over the universe.

“This is a bold step forward for the Gustavus Adolphus community,” explained president Bergman, who appeared in a hooded black robe. “It’s high time we educate our kids about this kind of stuff. Soon the stars will be right and the old ones will live once more!”

Although the Necronomicon is beloved by cultists all over the world, it’s attracted controversy in the past. Many have objected to the section detailing the summoning of bloodsucking space squids, due in part to the number of deaths allegedly resulting from the performance of such rituals. The book has also received criticism for its tendency to drive readers insane, due to the graphic nature off its content. 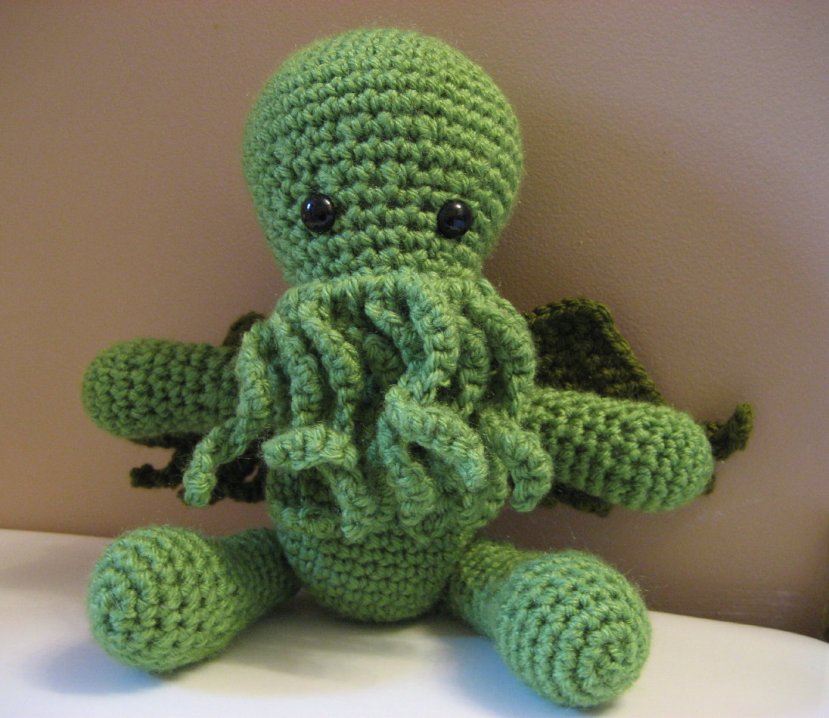 Effigies of Cthulhu, such as the one pictured here, are now available at The Bookmark. They have quickly become a best-seller.

“Some people are just weak-minded,” said junior Lance Chamberlain, an avid member of the Gustavus Cthulhu Cult (GCC). “Not everybody is able to handle the dire truths contained in the text.”

The book’s author, a 7th-century Arabic scholar named Abd-al-Hazred, has not responded to any of this criticism on account of being dead.

A dialogue concerning the book will be held in the Linnaeus auditorium on September 17th. Professor Ward will open with a ceremonial goat sacrifice before anointing the freshmen in attendance with the creature’s blood. Ward will then discuss how our lives are inconsequential in the vastness of the cosmos and that it would have been better if we’d never been born.